Manners are not just window dressing—they are a reflection of who you are.

Treat others how you want to be treated. That’s a simple rule that goes a long way in life. It may seem common sense, but it’s easy to forget when you’re caught up in the moment or a hurry. You’ll never regret being polite and considerate, but you might regret being rude or dismissive.

If you disagree with someone, it’s important to do so kindly. You don’t have to be a pushover, but if you can disagree without being rude, people will respect your opinion and want to hear more from you.

When someone disagrees with you, they’re not attacking you or getting personal—they’re just expressing their own opinion. So you can respond with a respectful disagreement that lets them know you’ve heard what they’re saying and have decided not to agree with them.

One way you can do this is by being sincere, clarifying how you feel about the topic, and taking the time to consider the other person’s opinion. This creates an environment where you and the other person can respond with empathy instead of defensiveness.

Etiquette Tips to Disagree with Someone Without Sounding Rude

Use respectful language and avoid name-calling or insults.

Acknowledge the other person’s point of view

Try not to criticize them personally

Overall, it’s more important to communicate your ideas clearly and persuasively than to be right all the time. Remember that disagreement is a natural part of a discussion, and there’s no need to get upset when someone has a different opinion. As long as you’re respectful in your language, you should be able to keep things going smoothly.

3 Ways to style a button-down shirt at the office 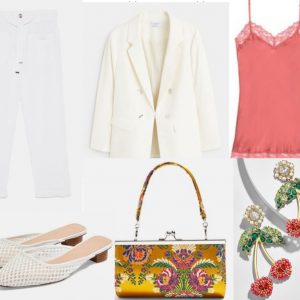 How to wear white pants for women